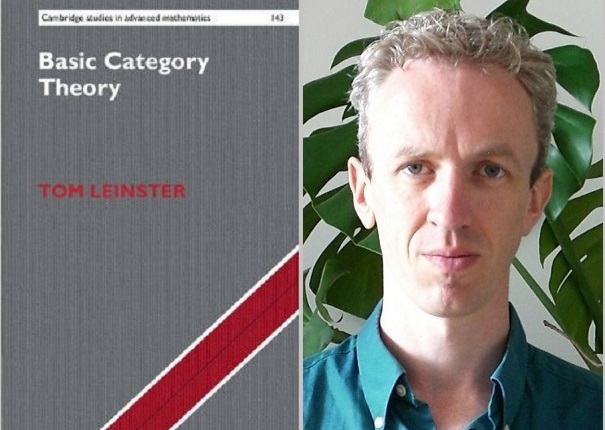 This short introduction to category theory is for readers with relatively little mathematical background. At its heart is the concept of a universal property, important throughout mathematics. After a chapter introducing the basic definitions, separate chapters present three ways of expressing universal properties: via adjoint functors, representable functors, and limits. A final chapter ties the three together.
For each new categorical concept, a generous supply of examples is provided, taken from different parts of mathematics. At points where the leap in abstraction is particularly great (such as the Yoneda lemma), the reader will find careful and extensive explanations.

Tom Leinster has released a digital e-book copy of his textbook Basic Category Theory on arXiv.  [1]

h/t to John Carlos Baez for the notice:

My friend Tom Leinster has written a great introduction to that wonderful branch of math called category theory! It’s free:

It starts with the basics and it leads up to a trio of related concepts, which are all ways of talking about universal properties.

In category theory, we try to describe things by saying what they do, not what they’re made of. The reason is that you can often make things out of different ingredients that still do the same thing! And then, even though they will not be strictly the same, they will be isomorphic: the same in what they do.

A universal property amounts to a precise description of what an object does.

Universal properties show up in three closely connected ways in category theory, and Tom’s book explains these in detail:

through representable functors (which are how you actually hand someone a universal property),

through limits (which are ways of building a new object out of a bunch of old ones),

through adjoint functors (which give ways to ‘freely’ build an object in one category starting from an object in another).

If you want to see this vague wordy mush here transformed into precise, crystalline beauty, read Tom’s book! It’s not easy to learn this stuff – but it’s good for your brain. It literally rewires your neurons.

My introductory textbook “Basic Category Theory” was published by Cambridge University Press in 2014. By arrangement with them, it’s now also free online:

It’s also freely editable, under a Creative Commons licence. For instance, if you want to teach a class from it but some of the examples aren’t suitable, you can delete them or add your own. Or if you don’t like the notation (and when have two category theorists ever agreed on that?), you can easily change the Latex macros. Just go the arXiv, download, and edit to your heart’s content.

There are lots of good introductions to category theory out there. The particular features of this one are:
• It’s short.
• It doesn’t assume much.
• It sticks to the basics.

I’m putting together a study group for an introduction to category theory. Who wants to join me?

Usually in the Fall and Winter, I’m concentrating on studying some semblance of abstract mathematics with a group of 20-30 kamikaze amateurs under the apt tutelage of Dr. Michael Miller through UCLA Extension. Since he doesn’t offer any classes in the Spring or Summer and we haven’t managed to talk Terence Tao into offering something interesting à la Leonard Susskind, we’re all at a loss for what to do with some of our time.

A small cohort of regulars from Miller’s class has recently taken up plowing through Howard Georgi’s Lie Algebras and Particle Physics. Though this seems very diverting to me given our work on Lie groups and algebras in the Fall and Winter, I don’t see any direct or exciting applications to anything more immediate.

Why Not Try Category Theory?

Since the death of Grothendieck I have seen a growing number of references to the area of category theory from a variety of different fronts.

Most notably, for the past year I’ve been more closely following John Baez’s Azimuth Blog which has frequent posts relating to category theory with applications I can directly use in various areas. Unfortunately I couldn’t attend his recent workshop at NIMBioS on Information and Entropy in Biological Systems, which apparently means I missed meeting Tom Leinster who recently released the textbook Basic Category Theory (Cambridge University Press, 2014). [I was already never going to forgive myself after I missed the workshop, but this fact now seems to be additional salt in the wound.]

The straw that broke the proverbial camel’s back was my serendipitously stumbling across Ilyas Khan‘s excellent post “Category Theory – the bedrock of mathematics?” while doing a Google image search for something entirely unrelated to anything remotely similar to mathematics. His discussion and the breadth of links to interesting and intriguing papers and articles within it and several colleagues thanking me for posting about it have finally forced my hand. (I also find myself wishing that he would write on a more formal basis more frequently.)

So over the past week or so, I’ve done some basic subject area searching, and I’ve picked up David I. Spivak’s book Category Theory for the Sciences (The MIT Press, 2014) to begin plowing through it.

Anyone Care to Join Me?

Since doing abstract math is always more fun with companions, and I know there are several out there who might be interested in some of the areas which category theory touches on, why don’t you join in?  Over the coming months of Summer, let’s plot a course through the subject.  I’ll suggest Spivak’s book first as it seems to be one of the most basic as well as the broadest out there in terms of applications. (There are also free copies of versions available through arXiv and MIT.) It doesn’t have a huge list of prerequisites either, so a broader category of people might be able to join in as well.

We can have occasional weekly or bi-weekly “meetings” via internet using something like Google Hangouts, Skype, or ooVoo to discuss problems and help each other out as necessary.  Ideally those who join will spend at least 3 hours a week, if not more reading the text and working through problems. Following Spivak, we might try dipping into Leinster, Awody, or Mac Lane.

From the author of Category Theory for the Sciences:

Spivak, David I. Category Theory for the Sciences. (The MIT Press, 2014)

If you’d like to join us, please leave a comment below and be sure to include your email address in the comment form so we can touch base regarding details.