Thinking about rubrication and manuscripts. I feel like I ought to build a Tampermonkey or Greasemonkey script that takes initial capitals online and makes them large, red, even historiated /illuminated.

Or perhaps something that converts the CSS of @hypothes_is highlights and makes the letters red instead of having a yellow background? #EdTech
A bit reminiscent, but of a different historical period than the index card idea.

What if we had a collection of illuminated initials and some code that would allow for replacing capitals at the start of paragraphs we were reading?

Maybe a repository like @GIPHY or some of the meme and photo collections for reuse? Maybe this could be something done in the vein of the bookmarklet on the “Taft Test”?
tafttest.com

Maybe it could pull images from #MarginalMonday or #ManuscriptMonday to randomly decorate web pages and make them look more like #medieval manuscripts? (While also stripping/replacing advertising? 😁) #medievaltwitter
I wonder at changing fonts as well… So many choices…

I want a more #medieval decorated web experience and aesthetic. How about you?
(Implementations of these or related ideas highly encouraged. What can you make?)

I can’t help but thinking that this was a pho restaurant called Enix Pharmacy and that mortar and pestle could totally be a prescribed bowl of noodle soup right? 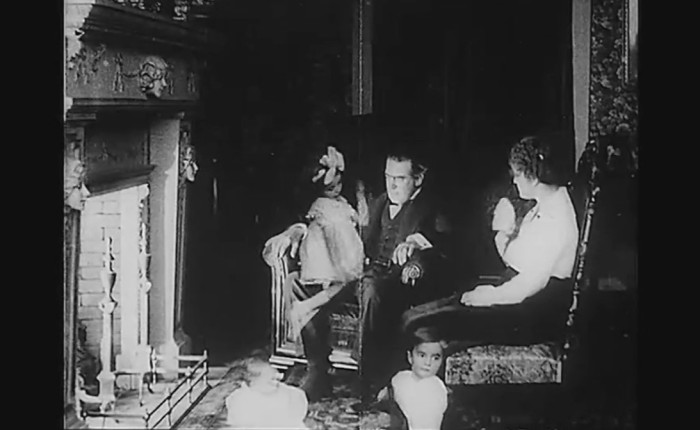 When we discuss the topic of the history of abortion and birth control in the United States, where are the mentions of Where are My Children? (Universal Studios, 1916)?

The movie was Universal’s top grossing film of 1916. It’s estimated to have grossed over $3 million at a time when ticket prices were less than 50¢ each.

Where are My Children? was written, produced, and directed by Lois Weber. The film was ultimately added to the National Film Registry in 1993.

Weber came from a devout middle class Christian family of Pennsylvania German ancestry. She left home & lived in poverty while working as a street-corner evangelist for two years with the evangelical Church Army Workers.

Her work with the Church Army Workers included preaching and singing hymns on street corners and singing and playing the organ in rescue missions in red-light districts in Pittsburgh and New York.

Meyer made the film at the height of her career when she was Universal’s top director. Her work and career was at (or perhaps above) the level of Cecil B. DeMille and D.W. Griffith, though it has largely been minimized subsequently because she was a woman.

Lois Weber was also one of highest paid and most influential directors of her time. She was also amongst the first directors to form her own production company.
en.wikipedia.org/wiki/Lois_Weber

The Lost L.A. episode of Dream Factory (@KCET, 2017) covers portions of Weber’s career and provides clips from Where are My Children?
(@nathanmasters‘ entire series here is the real “California’s Gold”)
kcet.org/shows/lost-la/…

In addition to the site above, one can watch the @KCET episode of Lost LA: Dream Factory on YouTube:

I can’t wait to delve further in to the history and work of Weber by reading @StampShelley‘s book Lois Weber in Early Hollywood. University of California Press, May 2015. ISBN 9780520284463
amzn.to/3u7qzrO

For those into annotations, highlights, note taking, and digital gardens here’s a fun user interface example that uses CSS as a way to actively highlight a portion of online text.
https://www.houstonchronicle.com/projects/2022/roe-opinion-annotated/

Vladimir Nabokov famously wrote most of his works including Lolita using index cards in a slip box.

He ultimately died in 1977 leaving an unfinished manuscript in note card form for the novel The Original of Laura. Penguin later published the incomplete novel with in 2012 with the subtitle A Novel in Fragments. Unlike most manuscripts written or typewritten on larger paper, this one came in the form of 138 index cards. Penguin’s published version recreated these cards in full-color reproductions including the smudges, scribbles, scrawlings, strikeouts, and annotations in English, French, and Russian. Perforated, one could tear the cards out of the book and reorganize in any way they saw fit or even potentially add their own cards to finish the novel that Nabokov couldn’t.